Blond, petite and pretty might be automatic responses when asked to describe this woman. Standing at 5’5", Callia is every bit as pretty as one might imagine of a Core World human. She dresses simply in dark trousers, well-worn nerf-hide boots and a functional shirt and jacket. Her blond hair cascades down her back in gentle waves. She carries herself with a quiet confidence, her back straight and her body relaxed in a way that might suggest a predator ready to leap at any moment. Despite that, her stormy eyes and gentle expressions suggest a calm, collected woman who has control in every situation.

Like many destined for a life of service to the galaxy, Callia was taken from her home at a very young age. She neither remembers or really desires to remember her life from before the Temple. The Temple was the only childhood she knew and with that she carries bittersweet memories of her time there.
It was good, of course. The Jedi Temple on Coruscant was a good place to grow as a child connected to the Force. She grew up and learned from the best and the brightest. There were classes to learn everything one could possibly want to learn, lessons in martial arts, fun to be had and friends to make. She never wanted for anything partially because she was provided with exactly what she needed and partially because she was taught to never want anything more.
Of course even with all the good, there were many hard lessons to learn. Lessons about life and death, about forming attachments, about fairness in the galaxy. Like most children slowly coming into their own, they were difficult lessons to swallow. Jedi younglings and padawans have to “grow up” much faster than most children and Callia had seen her fair share of death, destruction and mayhem by the time she was fifteen and the Clone Wars began.
Having been apprenticed at the age of twelve, Callia spent many years in training as a Consular. Her focus was more on diplomacy and relations in the galaxy than it was on the more hard-hitting cases that other Master-Padawan Jedi teams took on. Of course there were disasters to avert and dangers to escape from, but overall her early years as a padawan were kinder than most. The Clone Wars is where things really started to take a turn for the worst.
Her Master was made General in the Republic Grand Army not long after the Battle of Genosis along with most other Masters of the Jedi Temple. They traveled much in those three years, fighting off insurgents and Separatists, and finding themselves in the thick of the war. By the end, thousands of Jedi lives had been lost as well as thousands of Clone troops. Callia and her Master were amongst those who might be considered lucky to have survived so long…if you considered lucky being able to survive until Order 66 occurred. Callia may not.
It happened when they were on Felucia, along with Aayla Secura and two other Jedi Knights. Callia and her Master were the reinforcements for a drawn-out battle with the Separatists. The plan was to take the world out from Separatist control while they were so focused on their bigger plans. Things had been running so smoothly and it looked as if Callia and Master Alesca may not have even been needed. Word that the Separatists had finally been taken out started to come in which was a cause for celebration and renewed morale amongst the clones. Things were starting to look up for the Republic and Callia and her Master were planning their return to Coruscant when Order 66 came through.
Callia remembers the situation so vividly that she has repressed it to the best of her ability. She escaped in a Jedi fighter, her Master sacrificed herself for Callia’s survival. At that point, Callia was lost. She headed for a safe place on Chandrilla where many Jedi go but soon discovered it was overrun with Clone Troopers as well. There wasn’t anywhere for her to turn at that point. She disappeared as best she could, getting rid of any ties to that path and finding ways to survive. She was eventually taken in by a family who was sympathetic to her plight. Her life of a Jedi was forgotten and she did her best to become an everyday contributing member to the new Empire.
For nearly twenty years, she got away with it as well. She was an intelligent and well-educated young woman which made it easy to find work. She stayed on Chandrilla out of Imperial purview for all those years. It wasn’t until an Admiral of no particular significance took notice of her at the age of thirty-six that her life flipped upside down. Now she finds herself blackmailed into doing the Admiral’s bidding while simultaneously cursing and trying to come to terms with her long-forgotten past. To top it off she has fallen in with a group of fun-loving smugglers and a determined Selonian, all with their own lives they’re trying to live. 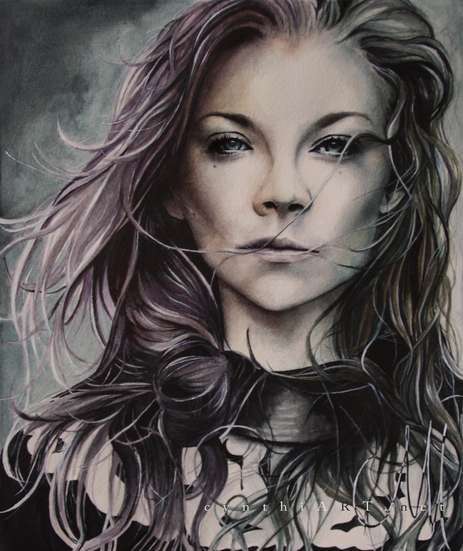