Catrinna was a female Human who lived on the planet Corellia during the Galactic Civil War.

During the war she worked as a thief and a con artist in order to scam targets in rigged Sabacc games at Truuvik’s cantina, Bovo’s.

Catrinna would lure potential victims into the game and then work together with her accomplices to beat the players and claim all of their credits.

Zet and Santos played Sabaac with Catrinna, negotiated the sale of their acquired Imperial speeders, and ended up indebted to the gambler. Catrinna offered the pair to have their ledger wiped in exchange for running the Corellian Shuffle.

Not having a ship, the smugglers were advised of an available freighter docked with the Sundancer at the orbital docks above Corellia. It was suggested they can borrow Palob Godhali’s ship, with whom the woman has acquainted before. 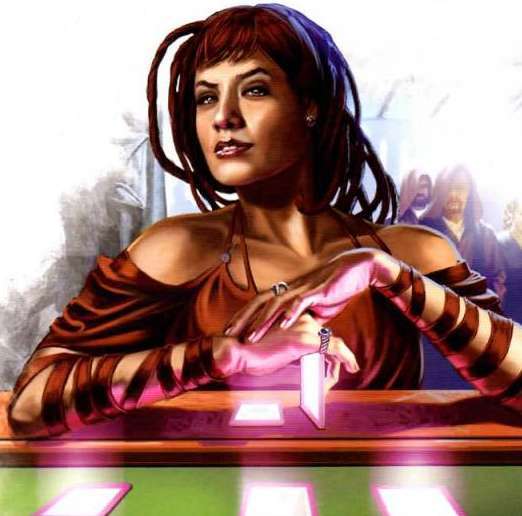