Randall Nebula is a human male from Corellia and a member of the Rebel Alliance.

Commander Randall Nebula joined the Rebel Alliance and is currently a Commander of a rebel cell. He is the commanding officer of the rebels who stole a Lambda-class T-4a shuttle from the Jiroch system.

Rakine Bokete is one of the rebels that works under Randall Nebula’s command. With her persuasion, Randall agreed to deliver the protagonists safely to the Corellia system.

Zetnu’ri contacted Nebula using Rakine’s comm link when the latter was injured on Selonia’s orbital shipyards after an altercation with the Trandoshan saboteur, Nossk.

Currently, Randal Nebula is holding CEC executive Rikkard Bel for questioning, after having been given the prisoner by Qerzer, along with implication that Bel was involved in illegal activities leading to the rebellion of the Selonian people.

Nebula deployed a team of rebel operatives, led by Jedi Knight Callia to the Onderon system to investigate a science facility and extract the head scientist, Zrask Giska’fey.

Nebula’s base of operations is currently the CR90 Corellian Corvette, Freedom’s Purchase. 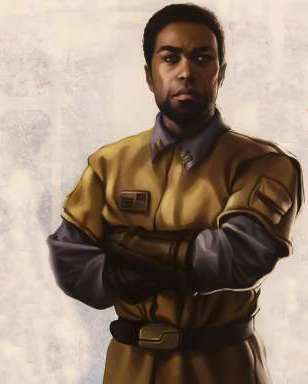