Darth Ravenous was a Twilek woman with a red and black striped complexion. .
She displayed dark side corruption.

Darth Ravenous was a self-proclaimed Lord of the Sith.

Previously a Jedi Padawan named Sora who survived Order 66, she discovered the Sith Death mask of ancient Sith Lord Darth Nilhus in his place of death, Telos IV. The padawan took it as a trophy in an attempt to salvage part of the force, unaware that the mask was connected to the spirit of the dark side being. The young Jedi became corrupted by the commune with the residing spirit of the fallen dark side entity and was consumed.

The two personalities now merged, Darth Ravenous was reborn, picking back up the mantle of her former self and once again wearing a Sith death mask that long ago struck terror into the hearts of the gallant Jedi.

Renewed by the youthful spirit of his hostess, Darth Nihilus continued his endless quest to consume the force. Ravenous was drawn to the presence of the force in the temple ruins of a location in the Jiroch system.

Darth Ravenous calls upon the force powers of the Sith Lord and the acrobatic teachings of the padawan’s skill as student of Form IV: Ataru.

Callia and the others stumbled upon Darth Ravenous when they found the lost temple that had called out to Callia through the Force. Ravenous was attempting to corrupt and consume the power held in the ancient temple.

Callia and Qos’ant’osond managed to shatter the death mask of Darth Nihilus, severing the communion between the long dead SIth spirit and the fallen Jedi woman.

Despite her clarity, Sora was consumed with her thirst for revenge. When attempts to align with her former friend failed, she struck Callia down and escaped the temple. 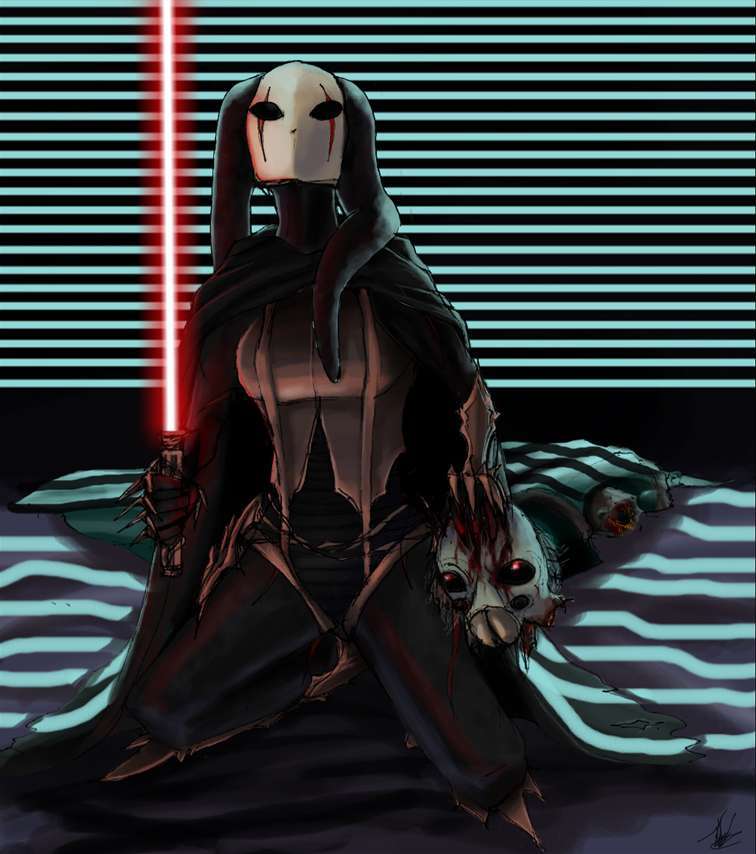