Jirgu’ri is a late middle-aged blue Twi’lek woman. Beneath the weathered lines of her face, one may be able to imagine that she was very beautiful in her youth. Now she tends to move about with downturned eyes and a slight hunch to her back as though she expects a blow. She dresses plainly, in loose clothing of neutral shades that cover her entire body. If her right sleeve falls back, one might catch sight of a dark brand on her wrist, wrapped around it like a woven bracelet.

Jirgu’ri was born on Ryloth, but she was sold into slavery as a child. For over twenty years she worked as a household slave on Nal Hutta doing all manners of tasks, some less savoury than others. During this time, she met her future husband, Yune’tala, and eventually they were able to purchase their own freedom. Unfortunately they could get no farther than Nar Shaddaa, but at least they now had a chance to start over.

On Nar Shaddaa, they remained homeless for a time, doing whatever odd jobs they could to feed themselves. Eventually they had a single child, a daughter they named Zetnu’ri. Shortly after this they managed to find a tiny apartment in a rundown building in the Corellian Sector, where they live to this day.

Jirgu’ri largely housekeeps for their small family, but she also collaborates with other equally poor families in their building — cleaning or providing childcare for families where both parents are lucky enough to have paid work in exchange for small amounts of money or food. Zet supplements their small income, sending them additional money whenever she can.

Jirgu has come to like Zet’s friend Santos and invites him for dinner whenever they find themselves back on Nar Shaddaa. 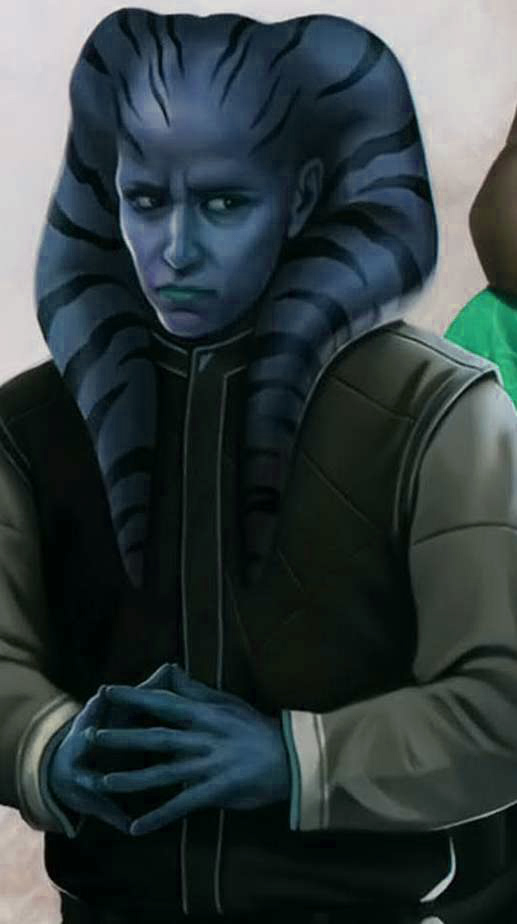