Kath Scarlet was the female Human captain of the Binayre Pirates, a band of pirates and smugglers that operated within the Corellian sector during the Galactic Civil War.

Scarlet preyed upon unarmed starships passing through Corellian space, using her Firespray-31-class patrol and attack craft to ambush them and capture their cargo.

Kath Scarlet and her pirates interdicted the protagonists as they were attempting to complete the Corellian Shuffle. They managed to narrowly escape the pirate queen and complete the smuggling run in record time. Kath Scarlet is furious about both their fame as she feels it highlights a rare failure.

Later that year, Kath ambushed an HT-2200 piloted by Sundance Godahli and lay in wait to pillage the ship. However, when several rebels arrived, the ship was retaken and managed to escape. 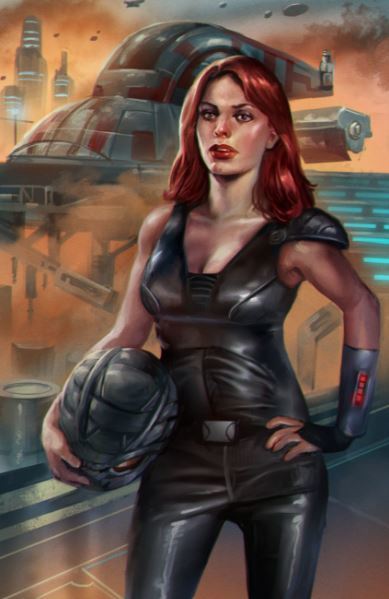