Mitth’u’nuruodo is the cousin of the exiled Mitth’raw’nuruodo. He advocates for the reversal of his cousin’s ostracism and is involved in the brokering of an alliance with the Galactic Empire.

Qos’ant’osond and Qos’mira’gel conspired against Thun to ruin his career and reputation. Santos, having been a former lover of Thun, seduced the politician while Qurzer hacked the computer system to plant false evidence suggesting an Imperial conflict of interest.

Zetnu’ri sedated Thun with knockout gas and posed for scandalous photos to further the defamation. 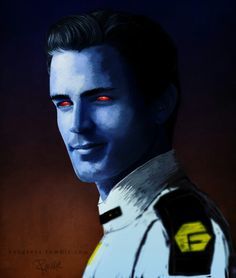