Nyssa is a tall Falleen woman.

Nyssa is a Black Sun Vigo.

Nyssa is a vicious and brutal Vigo who ascended to and maintains control of her little corner of the Black Sun organization through psychological and political prowess.

She is fond of games, particularly Pazaak, and has a penchant for toying with her captives and soldiers.

Similar to others of her kind, the Nyssa makes liberal use of her pheromones to gain advantage during interrogation, game, and politics.

Her base of operations was in an abandoned Techno Union Laboratory spire on the ice planet of Nelvaan. The planet is a curious choice, as the reptilian Falleen despise the cold.

Zet was previously in the employ of Nyssa. It was the Falleen who put out the bounty on the Twilek when she failed to complete a slave trade.

The bounty hunter, Shard captured Zet and delivered her to the Black Sun Vigo on Nelvaan. There, Zet was interrogated, humiliated, and tortured over a rousing game of Pazaak. This culminated in Nyssa pulling the Twilek’s eye out as a symbol of those who fail to keep their commitments with the Black Sun.

Nyssa was knocked off a launch platform of her hideout spire by Santos, who used the force to throw a crate at the Falleen in a brief acquiesce to the dark side. She is presumed dead and her role as Vigo has been replaced by her Lieutenant. 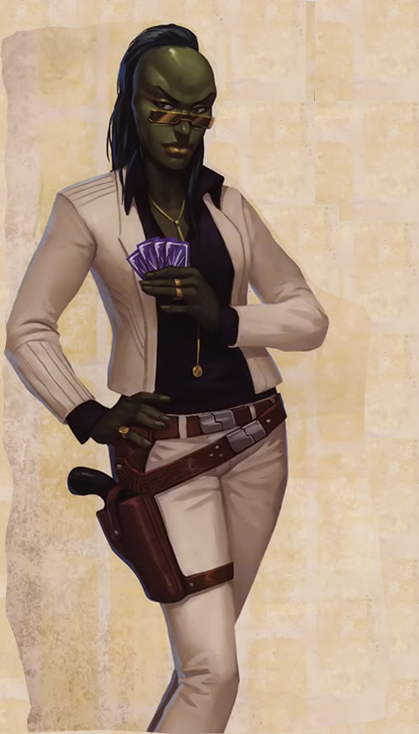