Qurzer is a Selonian skilled with a blaster, highly intelligent and computer savvy, and discreet with potentially sensitive contracts.

Qurzer was hired by Aris Shen to rendezvous with the protagonists upon docking The Krayt Fang at Cloud City. Their mission was to deliver the others to Aris in Port Town so she could discuss a sensitive business proposal on behalf of her father, Arend Shen.

After a firefight in Port Town that resulted in the death or injury of at least a dozen people, Qurzer protects Aris and goes into hiding with the others in one of Aris’ safe houses.

Together with the other protagonists, Qurzer strikes a deal with Aris to break into the Tibana Sunset Casino to end her marriage with Vorse Tabarith. 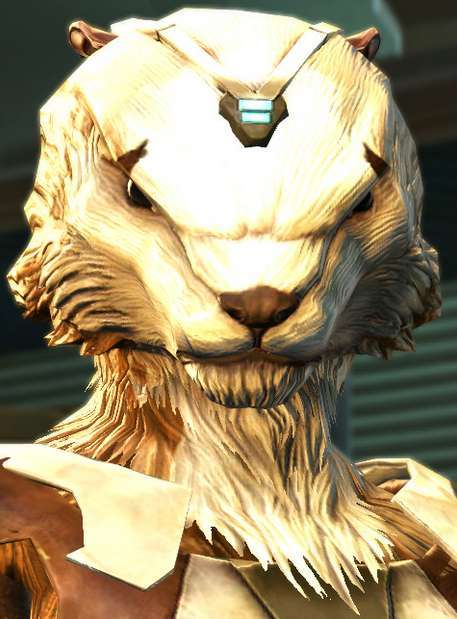