Rear Admiral Genarus Thorn is a human male of middle age and an officer in the Imperial Navy.

Rear Admiral Genarus Thorn was an Imperial officer of moderate note. His career has been slow but steady and he is currently in command of patrol duties in some parts of the Outer Rim Territories.

The Admiral has a penchant for hedonism, art, and archaeology, the former of which was satiated during a recent stay on Cloud City during the first of several annual Bespin Grand Prix.

His base of operations is a Immobilizer 418 cruiser, the Rook.

The protagonists were introduced to Admiral Thorn when their mutual contact, Gorn Vorrox arranged for them to meet and do business regarding the Jedi artifacts found on Jiroch. Thorn purchased the artifacts and showed off his Jedi museum, including the broken light saber hilt and crystal of Jedi Master Alesca Timmat.

Somehow Genarus Thorn had previously discovered Callia as a Jedi in exile and was using that knowledge to black mail her into working as his agent, similar to the Emperor’s Hand.

He tasked Callia with travelling to Bespin where she would investigate and collect a person of interest.

Promoted to Admiral after the destruction of Alderaan, Genarus Thorn continued to climb the political ladder by shrewd tactics and a willingness to work against his compatriots own interests. On Onderon he established a listening post to spy on his rival, Admiral Corlen. 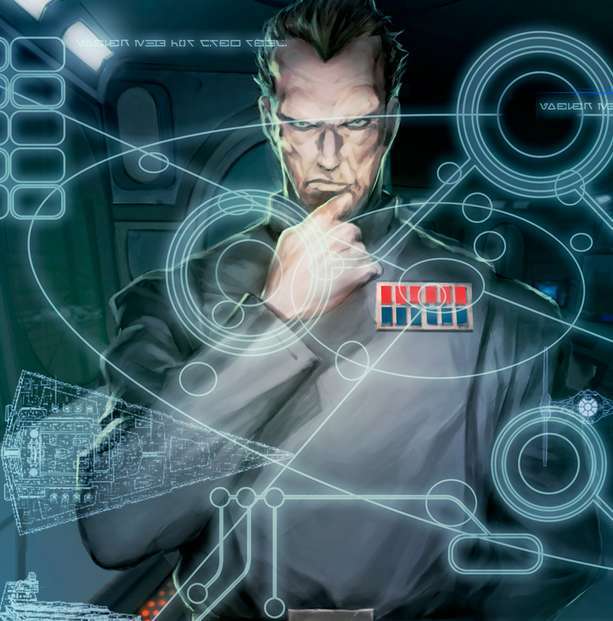