Shard is a human woman. As a bounty hunter she wears heavy armour with hard points for multiple gadgets as well as a rocket pack. As part of the Mandalorian culture, Shard wears a repaint variant of the heavy combat armour she wore during her time with Death Watch.

Shard is a notorious Bounty Hunter favoured by the Black Suns and occasionally the Hutt Cartel. She is a Mandalorian who was previously involved with the political terrorist group, Death Watch.

After Zetnu’ri was involved in a public gun fight on Cloud City that was picked up by the Galactic News Network, Shard, who was on Bespin already as contracted security for Hutt Cartel representative, Kaltho the Hutt, decided to pursue the open bounty on Zet.

While the protagonists were breaking into the Tibana Sunset Casino, Shard interrupted Vorse Tabarith’s men as they attempted to kill Zet by crashing through the penthouse window with her rocket pack.

Shard dropped a stun grenade to disable the thugs and in the process almost neutralized Ingrid and Santos. Zet was then snared by a wrist-fired metal lasso. Before Shard could abscond with her prize, Callia managed to cut the tether while Santos fixed a zip line to the bounty hunter’s rocket pack.

For their trouble, Shard unleashed a torrent of flame from a wrist flame thrower, nearly killing Callia and horrifically burning Santos. Desperately, Santos tangled the zip line to an office chair and pushed it out the shattered window. The chair began its descent down the 50 storey sky scraper, Shard along with it.

While Shard recovered from her fall, Zet and her friends were able to escape in a transport that had been summoned by Qurzer.

Shard returned to surprise the protagonists while they were departing Teemo the Hutt’s sky palace on Nar Shaddaa. She swung into the area with her jet pack and bombarded the surprised group with stun grenades and concussion missiles.

Once again, Shard snared Zet’nuri in her tether and attempted to fly off into the skyline. GARBOL was able to break the metal coil with a well-aimed blaster shot. Qurzer successfully hit the bounty hunter’s jetpack but it wasn’t enough to end the fight this time.

This time Shard brought backup: a cadre of security droids wit a central processing console fixed to her bracer. The bounty hunter had direct control over the droids and used them to catch Zet and Santos, already dazed from the missile blast, with nets. Seeing an opportunity to end the fight quickly (and before the Jedi had a chance to cut through the droids and turn her attention to the bounty hunter herself, Shard had droids kick the prone Zet off the platform and send the Twilek plummeting to to the city below.

The hunter abandoned her droids, who became inactive once she left range, speeding off to catch her falling quarry and carry her off. 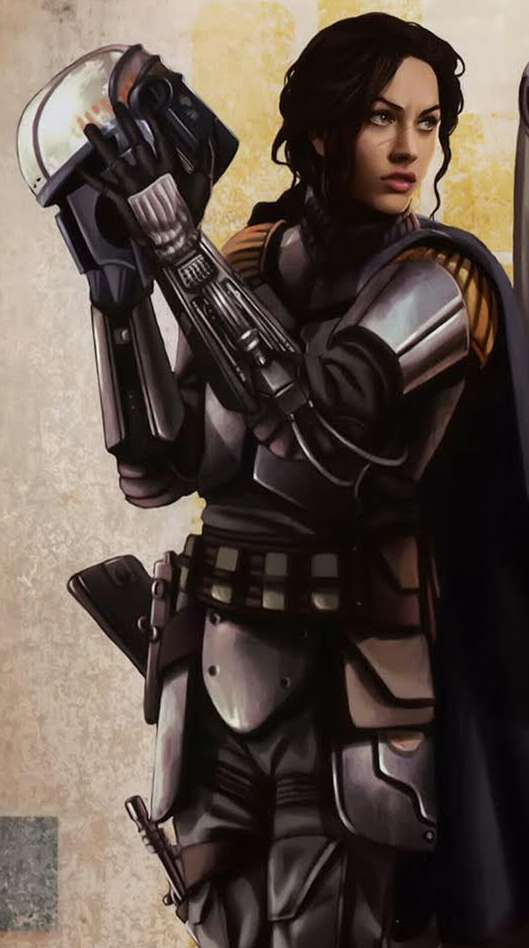