All that is known of this fearsome trooper is that they are large and clad in the traditional white armour of their corps. Like all trooper Sgts, they have the distinctive shoulder pad, which is currently orange.

The party has twice encountered this Imperial Stormtrooper Sgt. One of many, the party has nevertheless been able to instantly identify this trooper by their size and ferocity in battle.

The trooper has repeatedly displayed a lack of concern for their own well being in their dogged pursuit of the party, most especially the Jedi exile named Callia.

They have leaped down the burning wreckage of an elevator shaft and grasped the Jedi in an embrace and detonated a grenade in their attempt to destroy the force user.

The party first encountered the trooper while sabotaging the Imperial Customs Corvette, Rectitude. After the ship endured sabotage and subsequent pirate attack, the Rectitude was put into space dock for retrofit. The trooper Sgt. was issued a commendation for bravery and promoted to a position aboard the patrol fleet command ship, Immobilizer 418 Star Destroyer, the Rook.

The trooper was recruited as part of Inquisitor Zeng’s task force. During the Onslaught of Arda I, Rakine Bokete killed the trooper, disintegrating them with a thermal detonator.

The trooper typically wields a heavy weapon, either a heavy gatling or light repeating blaster. They also make liberal use of grenades and favour a standard-issue vibroknife for melee combat. 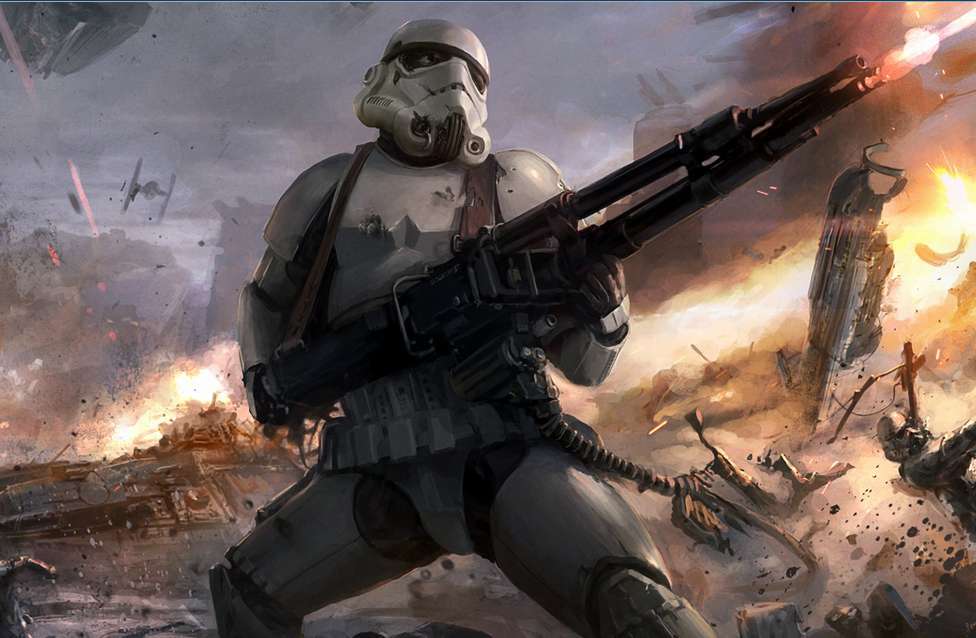