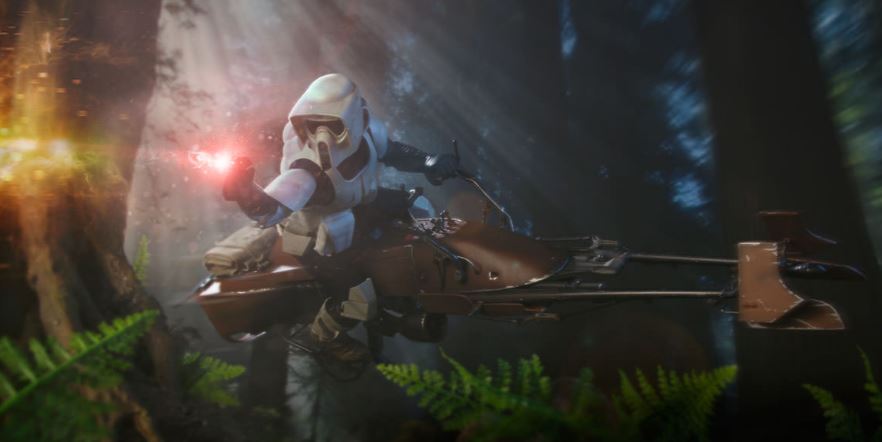 The 74-Z speeder bike, sometimes referred to as the Imperial speeder bike due to its use by scout stormtroopers of the Galactic Empire, was a speeder bike manufactured by Aratech Repulsor Company used for reconnaissance purposes, as well as rapid transportation in combat zones.

Arich Trace pursued Lieutenant Sarev’s AT-ST on Onderon while atop a speeder bike.