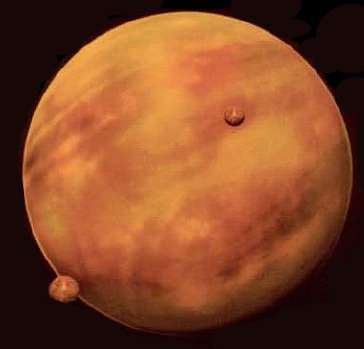 Bespin was a gas giant in the Bespin system of the Anoat sector on the Ison Corridor in the Greater Javin region of the Outer Rim Territories. It was also a major source of tibanna gas, which was refined for production and transport in numerous mining operations including Cloud City and Tibannopolis. It was home to several million individuals, including Humans, Ugnaughts, and Lutrillians.

The planet has one major settlement that contains over 90% of the planet population, Cloud City.