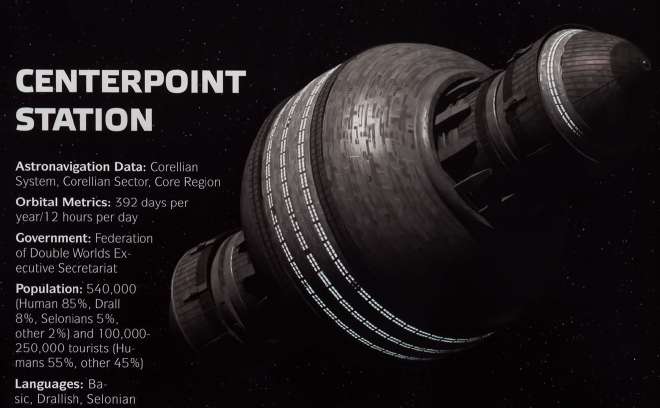 Situated between Talus and Tralus, Centerpoint Station is home to over a half a million citizens of the Federation of Double Worlds.

The station is estimated to be over a million years old, making it one of the oldest known artificial constructions in the galaxy. Though hotly debated by scholars in the Corellian system, no one truly knows who created Centerpoint Station, or why. The inhabitants of Centerpoint itself are more concerned with daily routines than the origins of their home. Most locals take the station for granted and leave the exploration and questions to newcomers.