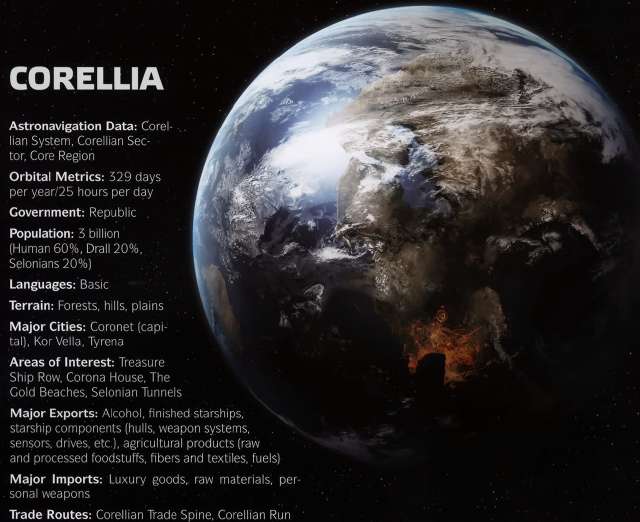 Corellia is the largest and most populous planet orbiting the star Corell. It is a pleasant, temperate world of rolling hills, soaring mountains, grassy plains, and broad, tempestous seas. It is known throughout the galaxy for its lovely beaches, handsome people, and prowess at ship building and handling.

Considered the “capital” of the Corellian System, Corellia projects a vast amount of influence over the rest of the system and provides most of the impetus behind the system’s economy.

Corellia is currently governed by a corporate authority. Under Imperial influence, Corellia controls the sectr, but it does so under the rule of the Imperial Grand Moff, Naomi Dargon. CorSec, Corellia’s security force, now operates with Imperial “liasons” and fleets of Star Destroyers are a common sight in orbit.