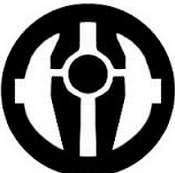 The Corellian Security Force, commonly abbreviated CorSec, was the primary law enforcement agency on Corellia. Their responsibilities extended to the Corellian Sector.

The Corellian Security Force was an extremely self-sufficient organization, though often Imperial Intelligence will liaise with the organization. The goals of CorSec matched those of the Empire, which included hunting down slicers, terrorists and Rebels.