The CR90 corvette, commonly referred to as the Corellian corvette, was a small, multi-purpose capital ship manufactured by Corellian Engineering Corporation.

A versatile starship, the CR90 was used extensively across the galaxy by governments and private interests. The interior of the CR90 featured a modular design to allow for easy reconfiguration of the Corellian corvette from one function to another. Common configurations included a troop carrier, light escort vessel, cargo transport, or passenger liner. Its ease of modification was a trademark of CEC and increased the corvette’s resale value.

In 1BBY, a CR90 Corvette, “Freedom’s Purchase”, commanded by Commander Randall Nebula and accompanied by Rakine Bokete delivered the protagonists to the Corellia system. 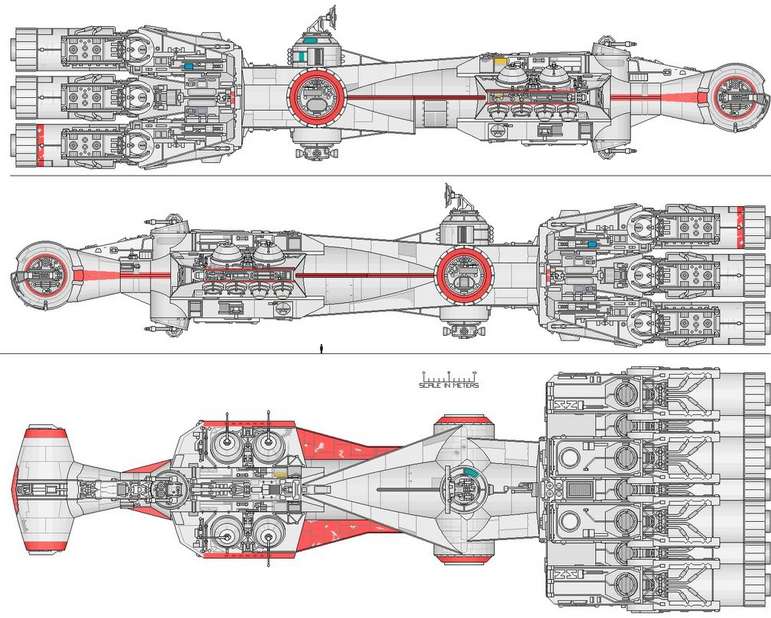