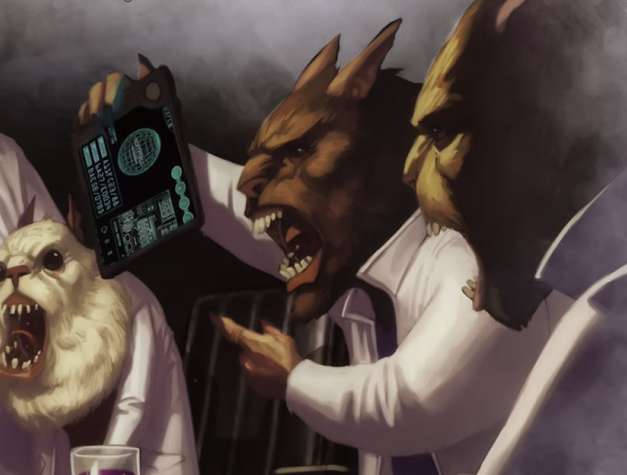 The Drall were a small, furry, and highly intelligent species found on Drall in the Corellian system. They were descended from burrowing mammals and they were extremely diligent record-keepers, and it was said that they had recorded every trivial event since the dawn of intelligence. Libraries were among their greatest forms of entertainment, as were story-telling sessions called Ta’sharr.

Their notable traits were being small bipeds with furry features who were stated to be descended from burrowing animals. Their faces held a pair of black eyes. They had short muzzles and almond shaped black eyes. Their bodies were covered with fur which ranged from brown and black to reddish-gray. Drall had short limbs with clawed hands and feet. Adult members of the species stood between 0.9 to 1.5 meters tall with females being taller as well as more solidly built when compared to males.