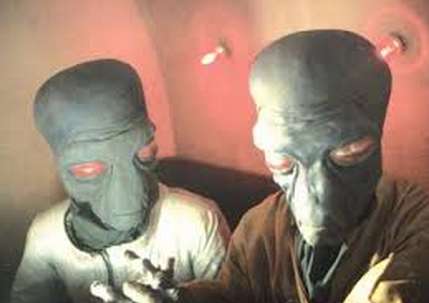 Duros are a tall humanoid race of being with skin ranging from grey, green, and blue and having big red eyes. They are intelligent, civilized, corporate, and mercantile. They are especially famous for technological achievement and space faring.

The Duros are acredited with bringing intragalactic space travel tot he Core Worlds, forever changing the culture of all peoples who would one day compose the Galactic Republic. Their mastery of hyperdrive technology and spaceship engineering brought a new age to the galaxy, a history they are proud of.

Duro sent out peaceful expeditions into the galaxy, yet the galaxy seldom sent peace in return. Nearly four thousand years ago, the planet was almost totally devastated by Basilisk war droids unleashed by the Mandalorians invading the Colonies and Core during the Sith Wars.As an important strategic target, the people of Duro were time and time again bombarded with war.

However their greatest shame was their own ecological catastrophe. Over two centuries ago the planet entered the peak of its incredibly long Industrial Age. An engineering feat went terribly wrong and caused irreversible environmental damage, forcing the evacuation of the Duros people to orbital city-stations, where they remain.

The Duros boast one of the most prolific and successful ship construction industries in the galaxy. The Duro Starshipwright Shipyards, operated by the Duro Shipwrights Guild, are massive, technologically advanced, and reliable. Corellian Engineering Corporation is a major stockholder in these yards. However, lately the Empire subsumed much of the ship-building industrial complex for its own needs, using it to rapidly build Imperial Naval assets.