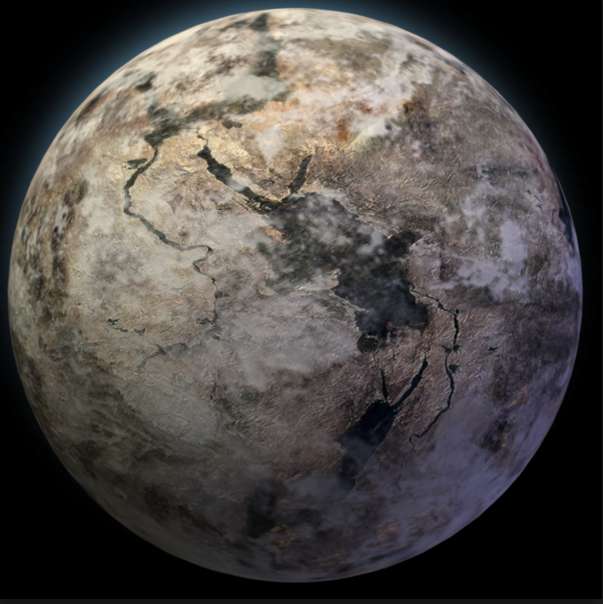 Eriadu was the primary world in the Seswenna sector, and one of the Outer Rim’s most active trade centers.

Eriadu was covered in rugged landmasses and small seas. Its surface was full of dirty industry and waste zones that polluted its atmosphere, land and sea. The world remained in this polluted state because its legislators were more interested in expanding the planet’s urban sprawl to match that of other city worlds like Coruscant rather than investing in atmosphere scrubbers, aquifer purifiers and waste disposal systems.

Major cities on Eriadu included its capital, Eriadu City, Phelar and Old Town Factoryville. The planet was also mentioned to have forests. Eriadu was orbited by one natural moon, small shipyards, and several orbital habitats.

The party stole a Jedi talisman from a university library at Phelar.