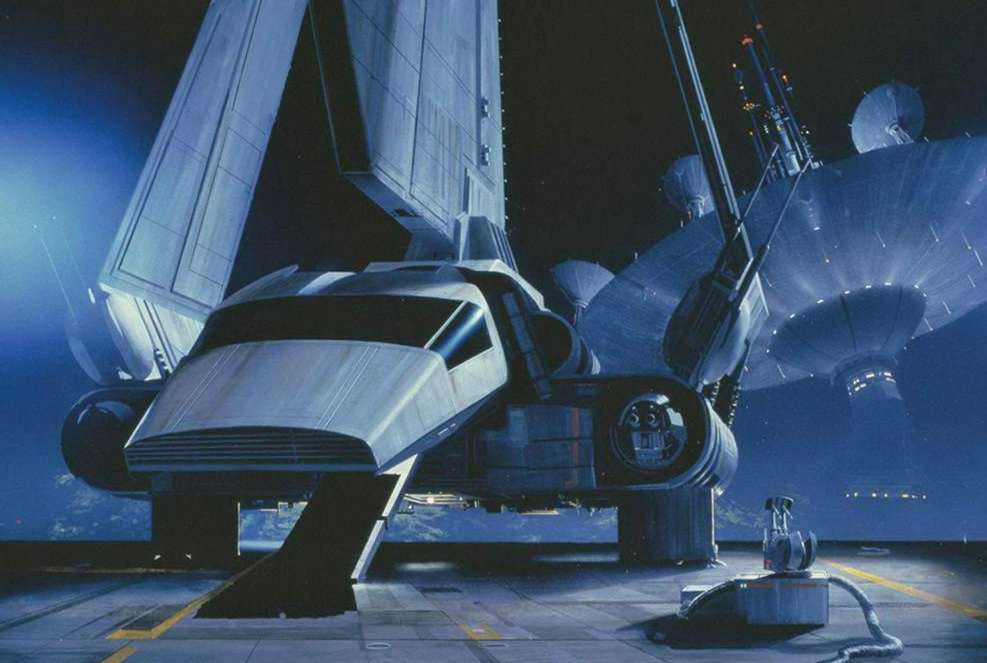 The Lambda-class T-4a shuttle was a standard light utility craft in common use throughout the Imperial military as a transport for troops and high-ranking individuals.

Sienar Fleet Systems Lambda-class shuttle was based on a tri-wing design with a central stationary wing flanked by a pair of folding wings. When in flight position, the wing configuration resembled an inverted Y. When landing, the lower wings folded upwards. This design feature was implemented as a means to protect the ship’s occupants as it touches down.

The Lambda was designed as both a cargo and troop transport and could carry 80 tons or more than 20 soldiers. It had a crew of six: a pilot, co-pilot, navigator, communications officer, gunner, and engineer. A shuttle could be piloted by a skeleton crew consisting of a single officer during emergencies. It was also equipped with a Class 1 hyperdrive since its mission profile involved traveling across the galaxy. 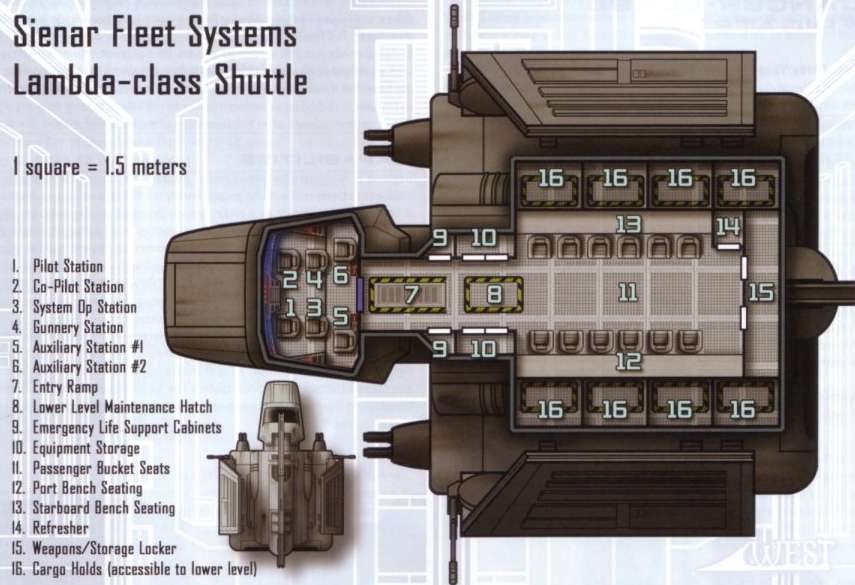