The Nssis-class Clawcraft was a starfighter typically associated with the Chiss, but in fact was a hybrid development of standard Imperial technology. 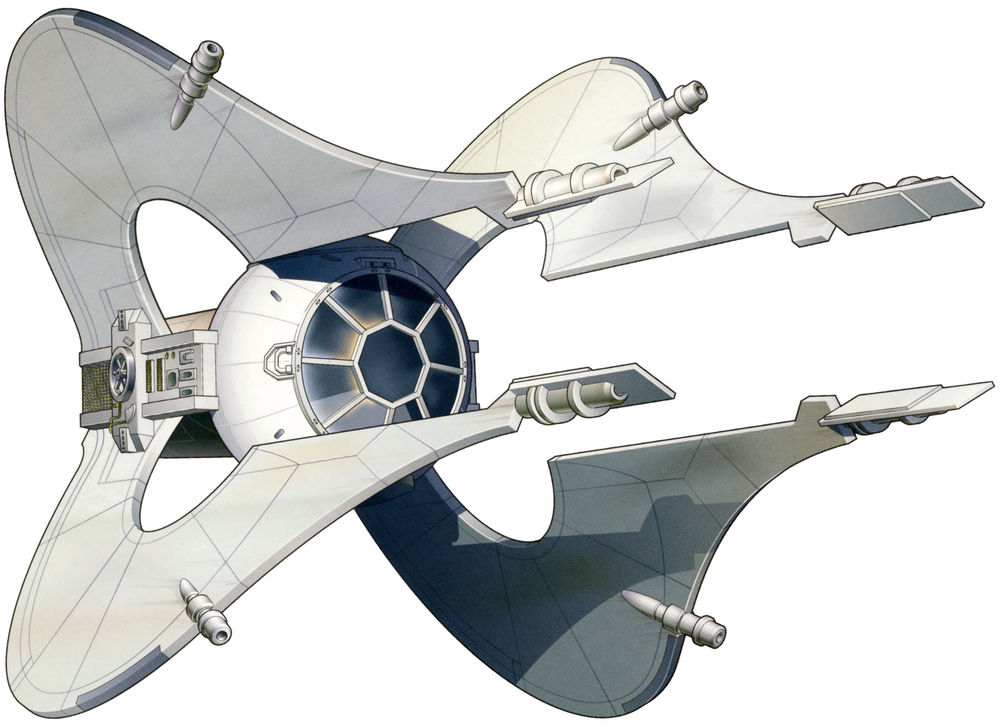 The fuselage was based on the ubiquitous “ball cockpit” of the TIE Series of Imperial starfighters, with a Sienar ion drive pod mounted on the rear, but stemming from the junction of cockpit and drive pod were two pairs of curving wings which thrust out like an X-wing’s strike-foils, and then extended forward in a claw-like grip around the cockpit. At the tip of each wing was a Sienar L-s7.2 laser cannon.