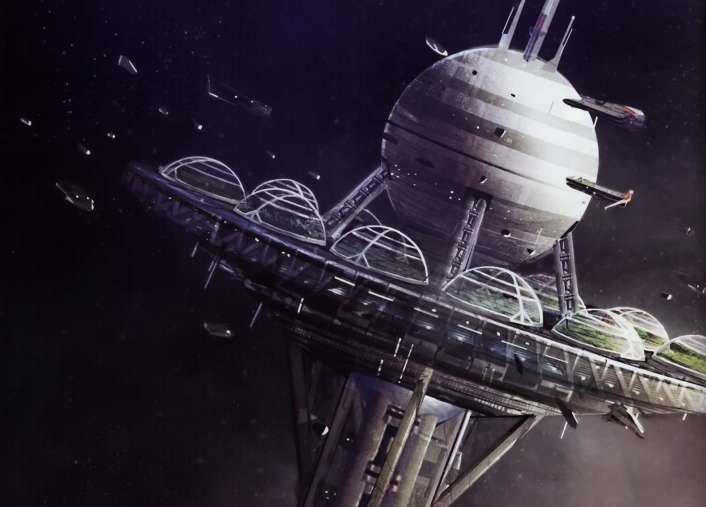 Orbiting the planet Duro are twenty gargantuan space habitats – the orbital city-stations. These are the primary habitat for the Duros. Travel to the planet’s surface is restricted, requiring Imperial permit.

The planet is scarred and irradiated from the greed of industrialization and the carnage of war. Now the surface – which cannot be seen unless a flying vessel dips below the perpetual yellow-brown smog that covers the planet – is one of barren wastes, massive mining caverns and holes, and greasy brown rivers leading to sickly, sludgy seas.