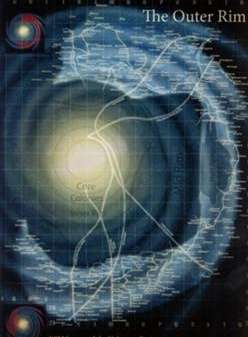 The Outer Rim was the least widely settled and explored expanse of the galaxy before Wild Space and the Unknown Regions.

The largest region in the galaxy, it was strewn with diverse worlds, and rugged, primitive frontier planets.

Tatooine and Bespin are worlds in the Outer Rim.