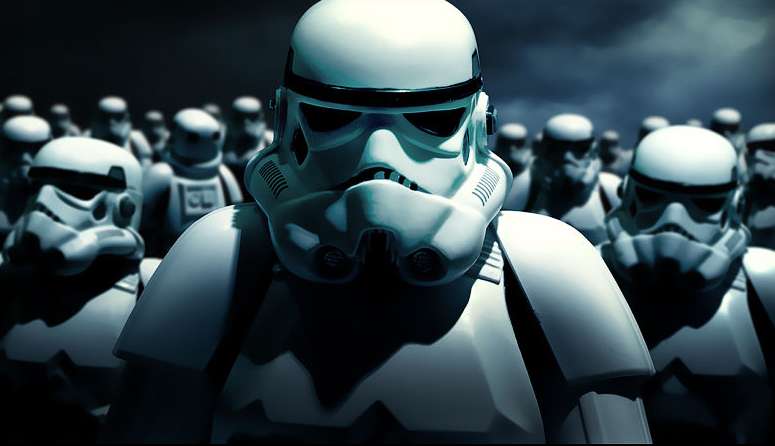 Stormtroopers were the soldiers of the Galactic Empire.

While different terrain required variant armours, the standard white plastoid armour of the Stormtrooper was a ubiquitous symbol of Imperial rule.

All stormtroopers donn high grade plastoid armor impervious to most pistols and solid projectile weapons and would protect the trooper from some military grade rifles and carbines. Stormtroopers carry cylindrical thermal detonators that can be set for 6-18 seconds. They also carry a grappling hook, several extra magazines, and various special rounds compatable with a BlasTech E-11 blaster rifle ( I.E- tranquilizer, incendiary ect.)

While on their way to the starport on [[Mos Shutta], the protagonists were pursued by a Stormtrooper unit. They escaped when Zetnu’ri detonated a stun grenade in the middle of the Stormtrooper group.