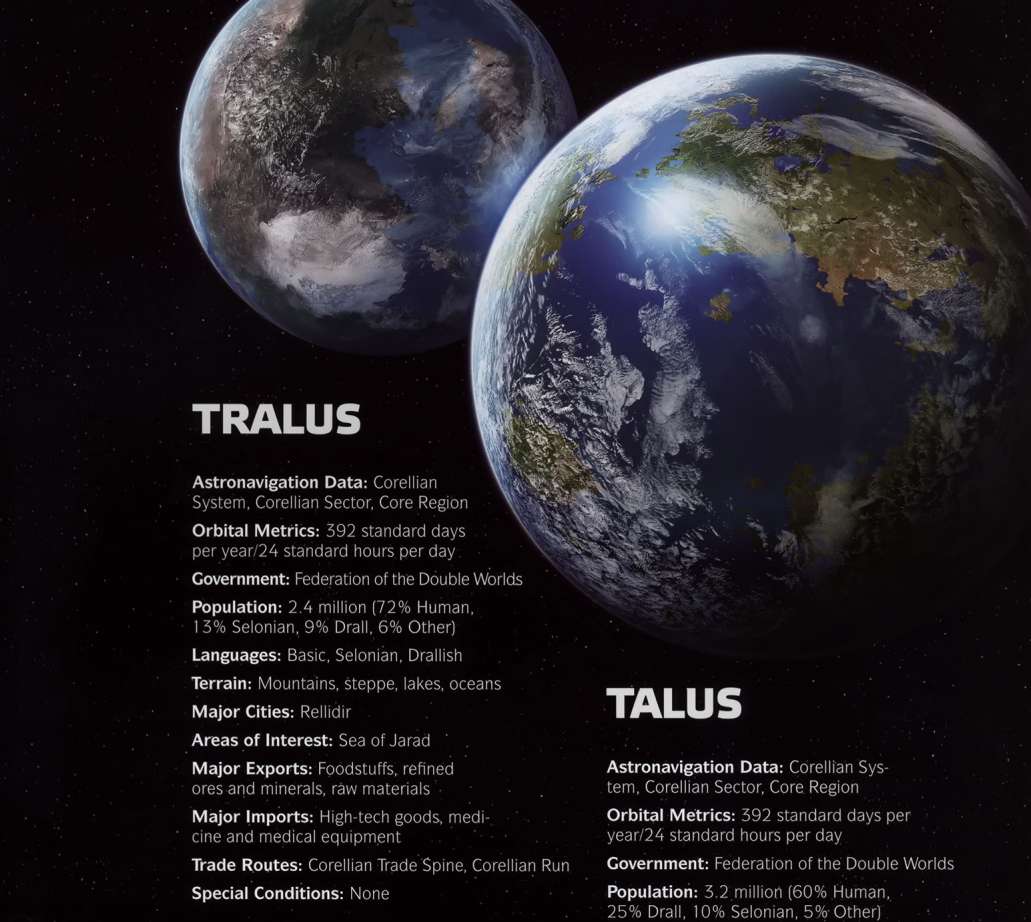 The existence of Talus and Tralus, their unique orbital position, and their symbiotic relationship with the mysterious Centerpoint Station are perhaps the greatest proof of the artificial nature of the Corellian System.

Known as the Double Worlds, Talus and Tralus are small, terrestrial worlds that orbit Centerpoint Station like over sized moons. Together, the two planets and the station inhabit the third orbit around Corell, lying between Drall and Selonia.

Thanks to their proximity to one another and Centerpoint, both planets are subject to tidal and tectonic forces well beyond that of the other planets in the system. They have a reputation for fast-moving, capricious tides, savage, long-lasting, continent-sized windstorms, and devastating ground quakes. Both of the Double Worlds are quite similar in climate, terrain, ecology, and biodiversity, and their identities are so intertwined that they are often spoken of as one singular entity.

The strangely homogeneous culture of the Federation of the Double Worlds is a mixture of the best and worst to be found on Corellia, Selonia, and Drall.