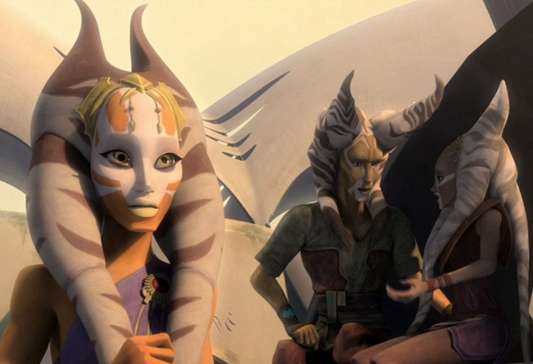 The Togruta were a carnivorous humanoid species from the planet Shili. The species exhibited head-tails which were similar to those of Twi’leks. Togruta were also distinguished by montrals, large hollow horn-like projections from the top of their heads, that gave the species a form of passive echolocation.

Rakine Bokete was a Togruta woman that the Protagonists found aboard The Krayt Fang, a captive of Trex the Slaver.