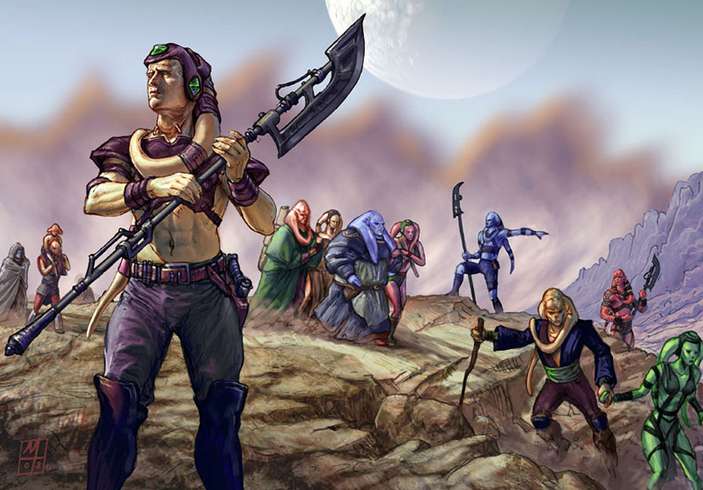 Twi’lek were a humanoid species hailing from the planet Ryloth.

Their distinctive features included colorful skin, which varied in pigment from individual to individual, and a pair of shapely prehensile tentacles that grew from the base of their skulls.

The tentacles, called “brain-tails”, “lekku”, “tchun-tchin”, or “head-tails” were advanced organs used for communication and cognitive functions. Twi’leks possessed a fairly standard humanoid vocal structure and were capable of learning most alien languages; however, they usually preferred their native language of Ryl, which incorporated subtle movement of the lekku. When they wished, they could even communicate in complete secrecy using their versatile brain-tails.

Twi’lek society was divided into clans, with each clan having its own city.

Rather than having separate personal and clan names, a Twi’lek would have a single name that combined these two elements. The personal portion of the name would be selected with the clan name in mind, often involving an intentional alteration of the words or a shift in the letters to change the meaning of the name as a whole. For example, Zetnu’ri could be split into given name Zetnur and clan name, I.