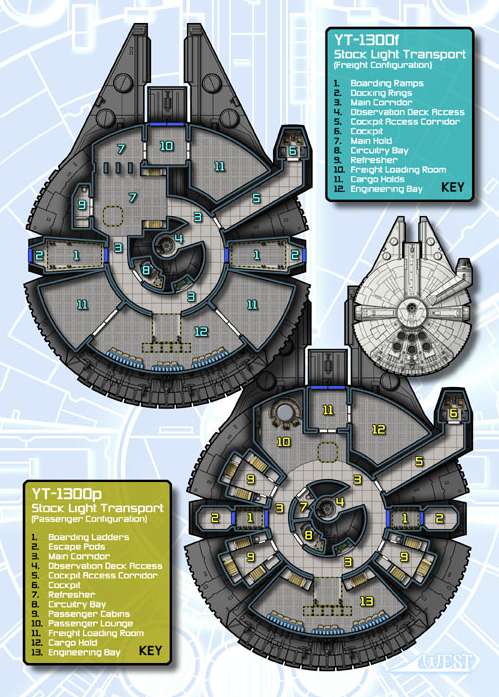 The YT-1300 light freighter was one of the most successful of Corellian Engineering Corporation’s freighter designs.

Conceived by a panel of CEC shipbuilding experts with help from Narro Sienar, the YT series went on to become one of the most popular space transport hulls ever produced, revolutionizing the interstellar shipping industry with its unparalleled application of modular design. Whole sections could be mass-produced and arranged into new configurations as needed without extensive retooling. This saved CEC enormous amounts of credits by allowing the starships to be brought to market at extremely competitive prices.

The appeal of the YT-1300 transport was not its basic equipment, but in its ability to take an extraordinary amount of modifications and alterations. In short, the YT-1300 was reliable, durable, and easy to modify, hence its popularity amongst freighter captains throughout the galaxy.