The YV-666 was a long, tall, narrow, and blocky freighter with port and starboard maneuvering fins at the rear that provided vertical movement and a three-deck design. Its propulsion system was simple, though it gave the YV-666 a considerable amount of maneuverability despite its size. 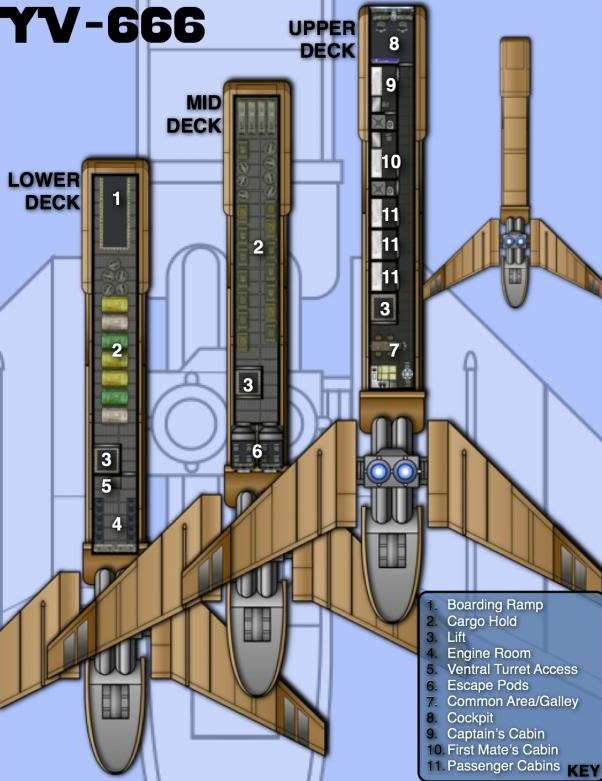 Its bridge deck was at the top of the hull with its bottom deck containing engines, power core, and weapons systems. Its main deck was large enough to be modified to house private quarters, a training chamber, an armory, an advance medical bay and even a brig. Considerably larger than the vessels of the YT series, the YV-666 still bore the ability to be easily modified. 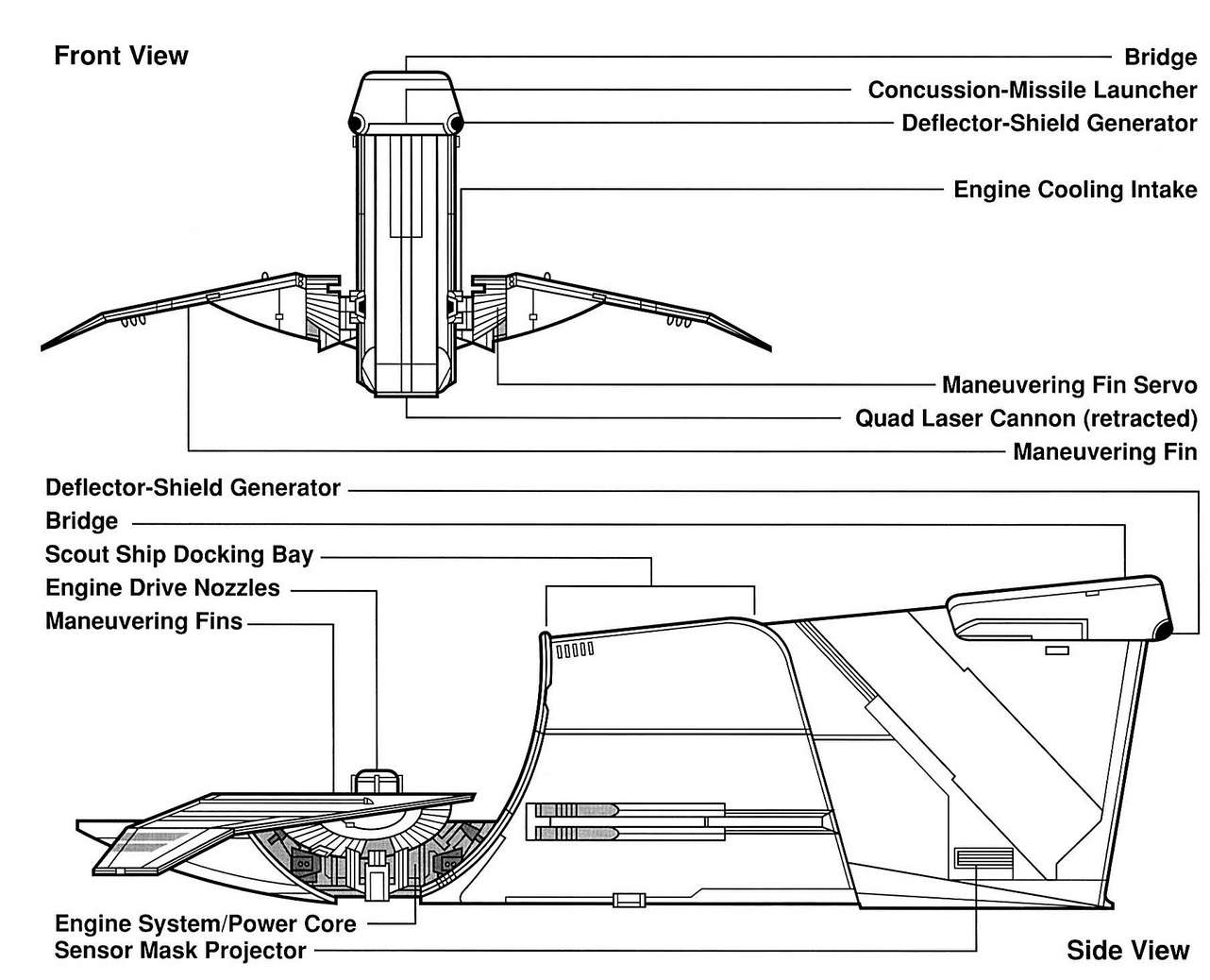